HomeLatest NewsFeaturedBrexit: Labour’s position must be clear and unequivocal

Brexit: Labour’s position must be clear and unequivocal 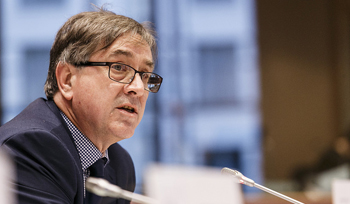 The European election results were a disaster for Labour.  It was an unexpected battle which ended up being fought on two opposing but simple positions “Leave means Leave” and “A Peoples vote”.

Labour made an honest attempt to negotiate a soft Brexit deal with Theresa May which would protect jobs and investment by allowing a customs union, protect EU citizens and preserve workers’ rights. Her intransigence doomed the talks to failure. The continuation of those negotiations whilst an election was underway proved to be a recipe for confusion.

The Labour message which proposed a public vote if the negotiations failed (as they were bound to do so) was over complex and unclear. It was drowned out and outflanked by the calls to “leave” or “remain” neither of which could actually be delivered by the election. The inability of constituency and regional Labour Parties to produce local election materials added to the confusion. However, none of this analysis is likely to really matter now, such is the growing polarisation of opinion in our society amongst those intending to vote.

The turnout was also disastrous. Just over one third of the population voted. For such a high profile and unique election, with so much at stake, it must be seriously concerning that nearly two thirds of the country chose not to or couldn’t be motivated to vote. It reflects the growing disenchantment with our political system and people’s frustration with a constitutionally and politically defunct Parliament’s inability to achieve a Brexit resolution. At the core of the problem is the Government’s lack of a majority and consequently any real legitimacy and its fear of going back to the people to seek a fresh mandate in a general election. A deeper residual problem has been its failure to address the inherent weaknesses of an outdated UK constitutional structure through genuine engagement with Wales, Scotland, Northern Ireland and regional governments in England as a means of reaching agreement. That moment has for now been overtaken by events but has not gone away and will need to be addressed if there is to be any future UK stability or indeed a future UK at all unless the decision is returned to the people in a General Election or second referendum.

The real battle now lies ahead. As we approach the expiry of the Article 50 extension at the end of October, the choice may well be between leaving the EU with a catastrophic no deal or alternatively, Parliament voting to repeal Article 50 or a vote of no confidence to force a general election. There is no viable compromise position nor is there any longer any such thing as a people’s vote, however that is defined. There is no deal to vote on, nor is there likely to be and even if there was it is now legally and constitutionally too late to hold such a vote legitimately. That campaign slogan has been overtaken by events.

The Prime Minister has fallen, the UK Government is in turmoil and there will be a new Conservative Prime Minister who will inherit all the existing dysfunctions parliament currently has to offer. The winner is likely to be a brexiteer and the front runner could well be Boris Johnson. The new Prime Minister will be in no stronger a position than Theresa May. Rather than face a possible article 50 revocation bill or no confidence vote, he or she may well opt for a snap election, riding on the back of a post leadership honeymoon period and with the likely populist endorsement of Nigel Farage.

Labour’s position this time must be clear and unequivocal. We must call for a new referendum to resolve the Brexit crisis and avoid a catastrophic no deal.

In all these circumstances Labour must commit to legislating for a new referendum and to campaign for a remain vote. This time consideration will also have to be given to how the ballot would resolve the choice between no deal and a customs agreement in the event of a leave vote.