AM CALLS ON UK GOV TO RESTORE POLICE NUMBERS 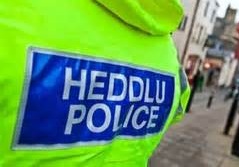 Earlier this month the Welsh Government agreed to my request for a debate on the consequences of the Conservative government’s cuts to policing.

The reason I asked for this is because I did a check on the number of police officers in Wales in 2010 (when we last had a Labour Government) and now. The figures are startling. Over the last 7 years of Tory Government in Wales alone we have lost 682 police officers, down from 7,369 officers to 6,687 officers. More than a third of these have been lost from the South Wales force. I seem to recall during the general election that the Tories said they would protect police numbers. These figures speak for themselves.

I don’t blame the police. They work hard and do a dangerous job.

But neither do I blame the public for expecting better.  I know from my conversations with constituents – young and old and in every part of our constituency – that community safety matters.  That’s why the UK Government’s police cuts isn’t just a broken promise, it demonstrates that they place no value in community.

We cannot tackle crime and keep communities safe if we don’t provide our police with the resources they need, particularly when the police’s scope is expanding with issues such as on-line crime absorbing huge amounts of police time.

Policing is not yet devolved to the Welsh Assembly, but the consequences of crime often is. That is why Welsh Labour pays for an extra 500 community police officers. However, they are an aid to community policing, not a substitute for policing.

In the short term the Tory UK Government must make good on its promise and fund policing properly.  In the longer term policing must be devolved to Wales.  It’s the only way we can effectively align policing with social needs.  It’s another reason why we desperately need a Labour Government in Westminster.