ARE SCHOOL PROMS AN ATTACK ON INCLUSIVITY? 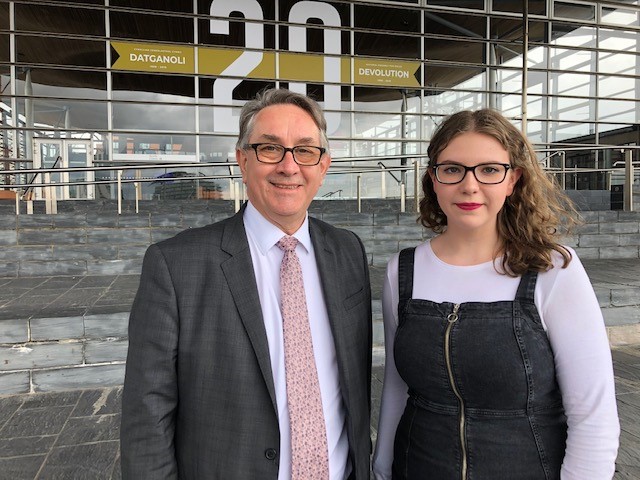 Mick Antoniw has raised the impact of school proms on inclusion in Welsh schools with Education Minister Kirsty Williams.  Speaking about his concerns Mick said:

“With the school prom season upon us I wanted to highlight the significant financial impact on families of school proms and the potential for some students to be effectively excluded from these celebratory events.

“With all of the secondary schools in my constituency holding proms this year and even some primary schools also holding a prom, I’ve tested opinion with an online poll and was not surprised to see that more than 80% of people think school proms are ‘not a good thing’.

“Concerns range from ‘pressure to compete’ to proms being seen as ‘an unwelcome American import that is just about making money’.  Almost all respondents referred to the cost of a school prom, which typically includes a new dress or tuxedo, shoes, hair and cost of dinner.   The events can also generate parental competition, and I’ve been told about parents hiring limousines, arranging a professional photo shoot or booking hotel rooms for the night.  I suspect it is not unusual for parents to have to find around £500 or more in order for their child to attend.

“I also had a school prom at my primary school and I do feel that a prom for this age group is completely unnecessary.”

“I understand that many students look forward to the their prom and as a result parents will do all they can to find the money, but for some it will inevitably mean being excluded from what should be an inclusive and memorable celebration. That’s why I’ve written to the Welsh Government to conduct research into the impact of school proms on inclusivity.”

Letter from Mick Antoniw AM to Education Minister, Kirsty Williams AM:

Thank you for your plenary response to my question about the impact of school proms on inclusivity in Welsh schools.  In my constituency all secondary schools and, I’m told, some primary schools are holding school proms this year.

I have been contacted by a number of parents who are concerned about the impact on inclusivity.  In the main this relates to affordability, but there is also pressure on students to attend their prom with a ‘date’, which can deter some from attending.  I’ve attached some of the comments I received.

I’ve tested parents views in an on-line poll, which revealed that more than 80% think that school proms are ‘not a good thing’.  The views underpinning this significant opposition include financial concerns, pressure to conform and that proms are simply an ‘American import designed to make money’.

I’m aware that many students look forward to their prom, but I believe that any event which works against inclusivity in schools should not be encouraged.  I would be grateful therefore if you would consider conducting research into the social and economic impact on students and parents of school proms to inform Welsh Government policy on this matter.