NO LARGE-SCALE DEVELOPMENTS WITHOUT IMPROVED INFRASTRUCTURE 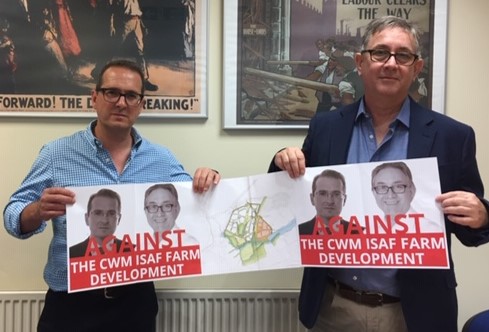 “Let me be clear, people need houses, but this can’t be at the expense of the wellbeing of existing residents, their community or the local environment.  That’s why I’ve consistently supported residents in opposing unsustainable, large-scale housing developments in the Llantwit Fardre area.

“Today, Owen Smith and I made our view clear to Taylor Wimpey management: the proposed development at Cwm Isaf Farm is unsustainable and there should be no further large-scale developments in the area until transport infrastructure is improved and until the pressure on local services, most notably GP services, is properly assessed.”