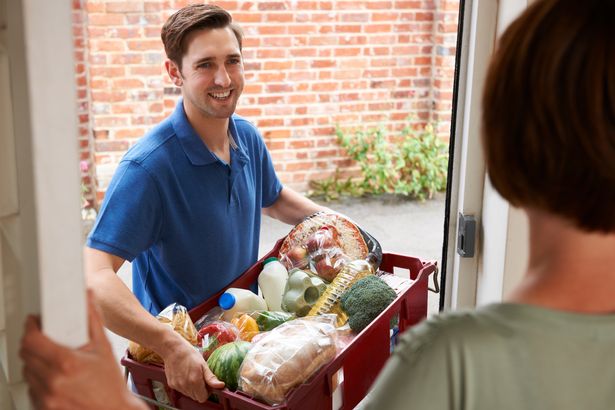 More than 85,000 people in Wales have been sent a letter by the Chief Medical Officer for Wales because they have a specific pre-existing, long-term health condition, which means they are extremely vulnerable to serious illness if they are exposed to coronavirus. They have been asked to undertake a series of “shielding” measures, including staying at home for 12 weeks.

The Welsh Government has been working closely with the major supermarkets who offer online delivery services in Wales so that they can open up priority delivery slots for those individuals who have been advised to shield by the Chief Medical Officer. This has involved the preparation of data sharing agreements to enable the supermarkets to be made aware of all the individuals in Wales who are medically shielding.

The Minister for Environment, Energy & Rural Affairs, Lesley Griffiths confirmed on 8th April that she had agreed with supermarkets that they will prioritise online home delivery orders from people who are shielding in Wales. Individuals will not have to register their interest in this via another website.

Supermarkets are working fast to integrate the data and to adjust their on-line ordering systems to prioritise orders. The only deliveries to those shielding that have taken place anywhere in the UK so far have been on the basis of a supermarket’s own data, and these have taken place regardless of location.

The Welsh Government has also worked with local authorities, with the Welsh Council for Voluntary Action (WCVA) and with food distributors to make sure there is support available for all those people who are shielding who cannot rely on family, friends, neighbours or a local network for help while they are shielding. This includes a free weekly food parcel and help collecting prescriptions. The “shielding” letter includes a contact number for people’s local council which they should call if they need such support, including a weekly food parcel, if they do not have support from family, friends, neighbours or a local network.

In addition to the shielded group there is a significant group of people who may be vulnerable for other reasons or self-identify as a vulnerable person and have thus chosen to self-isolate. In terms of food supply the advice for this group has been to ask family, friends or support groups to deliver to them, or to contact their local County Voluntary Council (CVC) for help – https://www.gvs.wales/about-us/wcva-county-voluntary-councils-cvcs-and-volunteer-centres-vcs.

The Welsh Government is working to identify how this much larger group could be supported further and will use the experience of the priority deliveries for those in the shielding group to inform the decision as to whether there is scope to expand this scheme to include more people. It is important to note however that an estimated 15 million people across the UK could potentially be identified as being in the wider vulnerable group so, even with a major expansion of online delivery slots, supermarkets would be unlikely to meet potential demand. The Welsh Government is therefore also exploring other options which may more effectively meet the needs of those who are vulnerable and are having difficulties getting food.