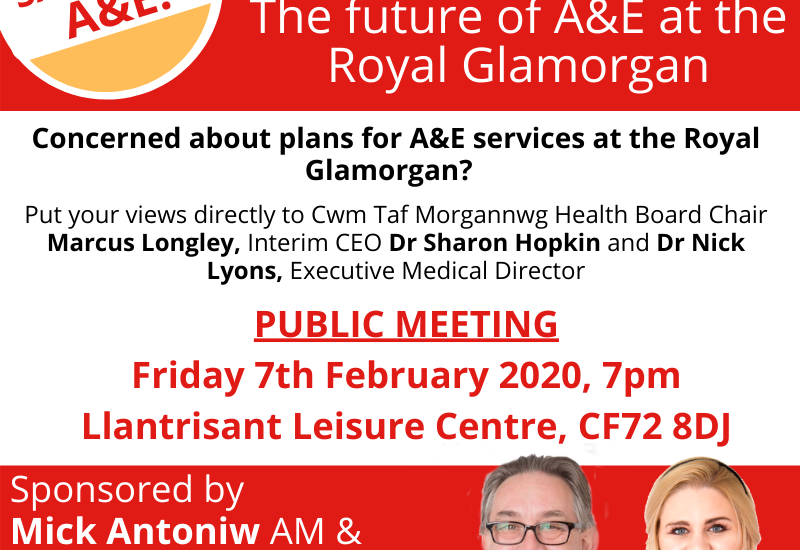 Mick Antoniw, Assembly Member for Pontypridd and Alex Davies-Jones, Member of Parliament for Pontypridd have organised a public meeting to discuss the future of A&E at the Royal Glamorgan hospital.

The meeting will allow local people to put their concerns directly to senior Cwm Taf Morgannwg Health Board managers, including interim CEO

“This is an absolutely critical issue for people in Pontypridd and across the wider valleys area.  It is vital that their voice is heard.  This public meeting is open to all residents in Pontypridd and I hope as many as possible will attend.  It’s very important that the Health Board fully appreciate the strength of feeling on this issue”

“Alex Davies-Jones MP and I have called on the Welsh Government to urgently intervene in this matter.  We’re asking the Minister to commit to undertaking a full review of the South Wales Programme, on which this proposal is based, before any changes to A&E services are considered.” 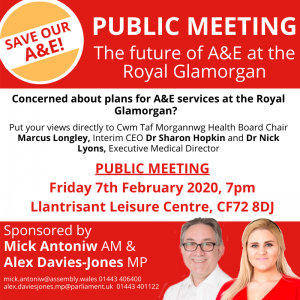